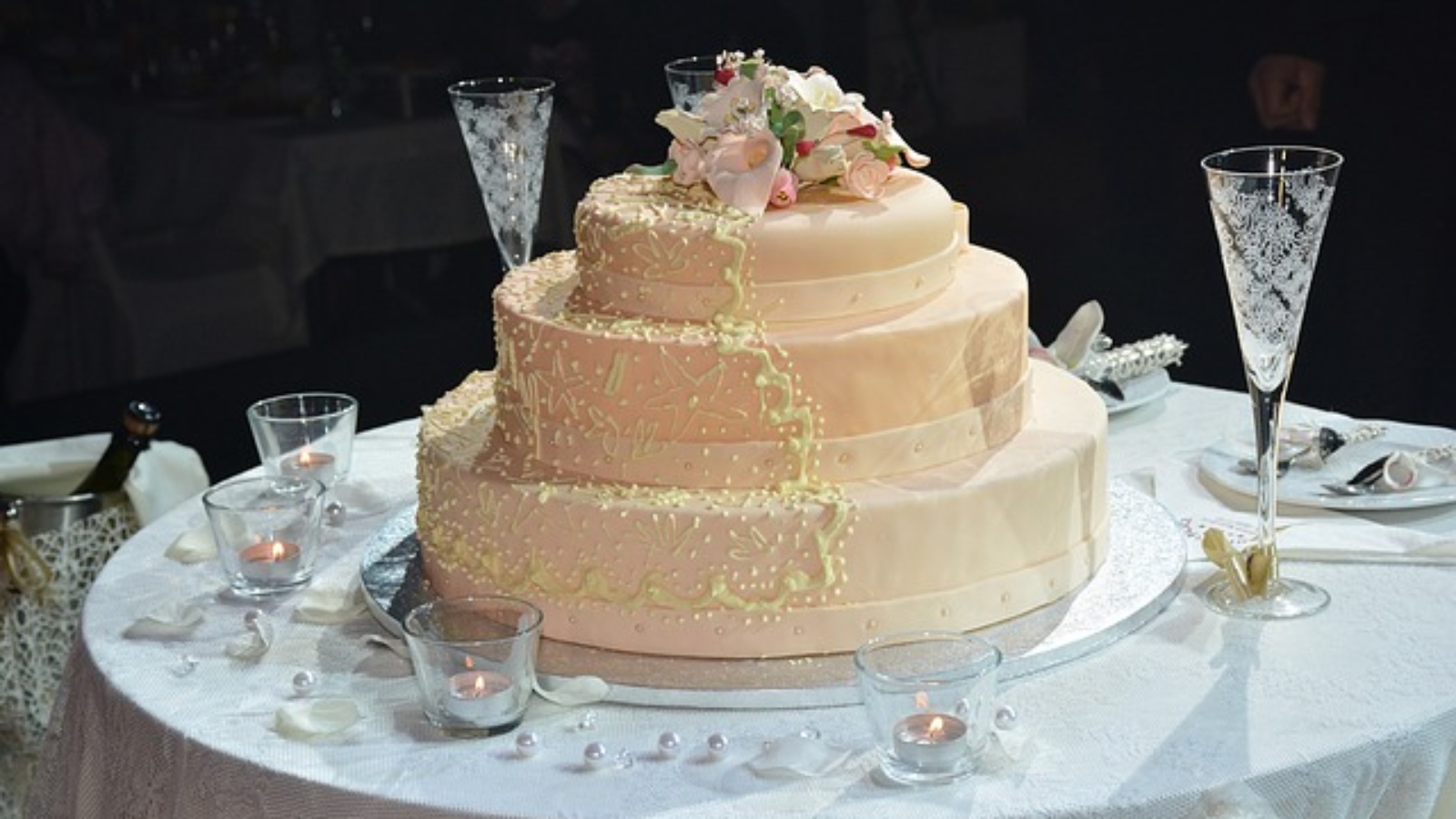 The first mention of the cupcake can be traced as far back as 1796, when a recipe notation of “a cake to be baked in small cups” was written in American Cookery by Amelia Simmons. The earliest documentation of the term cupcake was in “Seventy-five Receipts for Pastry, Cakes, and Sweetmeats” in 1828 in Eliza Leslie’s Receipts cookbook.

In the early 19th century, there were two different uses for the name cup cake or cupcake. In previous centuries, before muffin tins were widely available, the cakes were often baked in individual pottery cups, ramekins, or molds and took their name from the cups they were baked in. This is the use of the name that has remained, and the name of “cupcake” is now given to any small cake that is about the size of a teacup. While English fairy cakes vary in size more than American cupcakes, they are traditionally smaller and are rarely topped with elaborate icing. 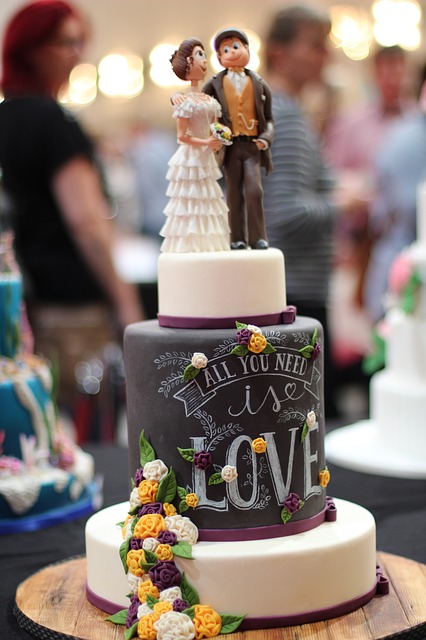 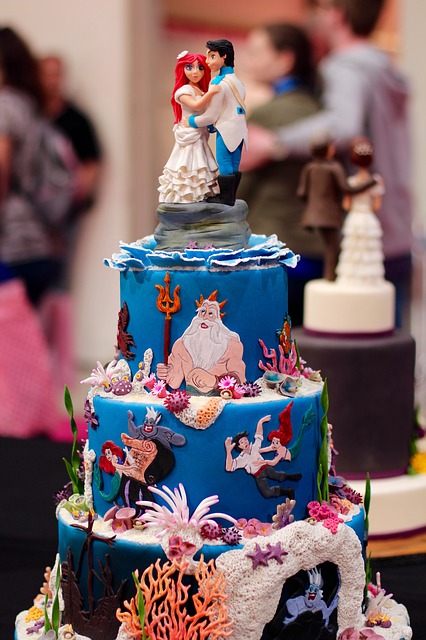 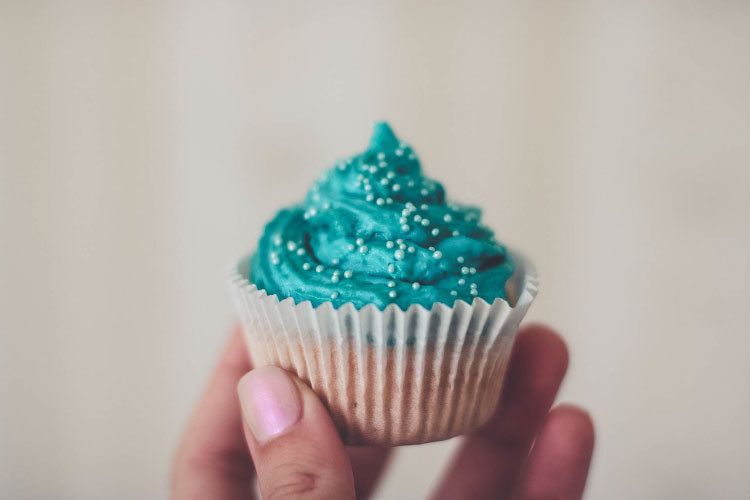 The other kind of “cup cake” referred to a cake whose ingredients were measured by volume, using a standard-sized cup, instead of being weighed. Recipes whose ingredients were measured using a standard-sized cup could also be baked in cups; however, they were more commonly baked in tins as layers or loaves. In later years, when the use of volume measurements was firmly established in home kitchens, these recipes became known as 1234 cakes or quarter cakes, so called because they are made up of four ingredients:

one cup of butter, two cups of sugar, three cups of flour, and four eggs. They are plain yellow cakes, somewhat less rich and less expensive than pound cake, due to using about half as much butter and eggs compared to pound cake. The names of these two major classes of cakes were intended to signal the method to the baker; “cup cake” uses a volume measurement, and “pound cake” uses a weight measurement.

A standard cupcake uses the same basic ingredients as standard-sized cakes: butter, sugar, eggs, and flour. Nearly any recipe that is suitable for a layer cake can be used to bake cupcakes. The cake batter used for cupcakes may be flavored or have other ingredients stirred in, such as raisins, berries, nuts, or chocolate chips.

Cupcakes may be topped with frosting or other cake decorations. They may be filled with frosting, fruit, or pastry cream. For bakers making a small number of filled cupcakes, this is usually accomplished by using a spoon or knife to scoop a small hole in the top of the cupcake. Another method is to just insert the pastry bag in the middle of the cupcake. In commercial bakeries, the filling may be injected using a syringe. Elaborately decorated cupcakes may be made for special occasions.

Cupcakes are usually baked in muffin tins. These pans are most often made from metal, with or without a non-stick surface, and generally have six or twelve depressions or “cups”. They may also be made from stoneware, silicone rubber, or other materials. A standard size cup is 3 inches (76 mm) in diameter and holds about 4 ounces, although pans for both miniature and jumbo size cupcakes exist. Specialty pans may offer many different sizes and shapes.
Cupcakes may be plain cakes without any frosting or other decoration. These were baked on a flat baking sheet in a double-layer of paper cupcake liners.
Individual patty cases, or cupcake liners, may be used in baking. These are typically round sheets of thin paper pressed into a round, fluted cup shape. Liners can facilitate the easy removal of the cupcake from the tin after baking, keep the cupcake more moist, and reduce the effort needed to clean the pan. The use of liners is also considered a more sanitary option when cupcakes are being passed from hand to hand. Like cupcake pans, several sizes of paper liners are available, from miniature to jumbo.

In addition to paper, cupcake liners may be made from very thin aluminum foil or, in a non-disposable version, silicone rubber. Because they can stand up on their own, foil and silicone liners can also be used on a flat baking sheet, which makes them popular among people who do not have a specialized muffin tin. Some of the largest paper liners are not fluted and are made out of thicker paper, often rolled at the top edge for additional strength, so that they can also stand independently for baking without a cupcake tin. Some bakers use two or three thin paper liners, nested together, to simulate the strength of a single foil cup.